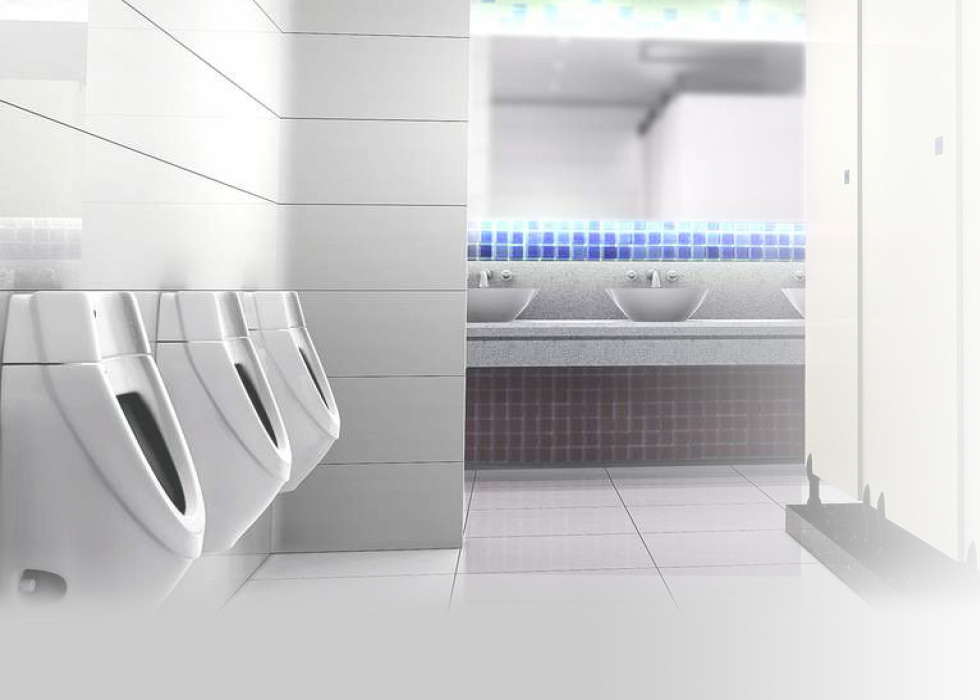 Improving the air quality in your restrooms will not only clear odours but improve the healthcare of your staff and visitors.

The AIRsteril Thermal U/V Washroom Range eliminates unpleasant washroom odours and controls harmful bacteria and viruses both in the air and on all exposed surfaces 24 hours a day, 365 days a year.

Did you know that bacteria can multiply from one to 8 million in 8 hours?

Air Steril air purification kills 98% of bacteria in the air and 75% on exposed surfaces. An Air Steril unit takes in contaminated air and purifies it using Germicidal Irradiation and Photocatalytic Oxidization. In the process it creates and transmits Plasma Quatro containing (TiO2) Super Oxide Ions and Triatomic Oxygen.

These actively seek and eliminate bacteria, viruses and fungi both in the air and on surfaces. This is known as Photoplasma Technology and combines five processes working in tandem.

Bacteria and viruses found in washrooms include Salmonella, Hepatitis A, E Coli, MRSA, Rotavirus,A/H1N1 Swine Flu including the common cold and flu virus. Bad smelling, bacteria ridden washrooms and poor hygiene could seriously affect your organisation. In washrooms, toilets and other enclosed spaces, odours and infections are created by bacteria, viruses, mould, fungi and volatile organic compounds (VOCs) carried in the air.

In particular washrooms accumulate high levels of harmful bacteria and viruses. Toilets and urinals flush faecal micro-organisms into the air and onto surfaces. Poor ventilation and shared facilities add to the problems.

What’s more, people who do not wash their hands spread the risk outside.

What can you do?

How does Air Steril work?

Quite simply, an Air Steril unit takes in bad air at one end, purifies it and releases infection free, fresh air at the other end. It uses Photoplasma technology and five uniquely combined process to;

Fantastic local company. Julie, Steph and the team go the extra mile to deliver a great service and very competitive rates. So give them a call and see how they can improve service and provide cost savings.

We have used Millennium Hygiene for a number of years and the service that they provide is excellent backed up by great customer service by the office team.